Blakeley met Gilbert in Paris during the Great War. Prior to that, Alphonse had crossed paths with then-Major George Pearkes when they were both briefly captured by the Germans. Invalided out of the Army, Gilbert joined the French Communist Party. He worked for a while as a bartender at the Moulin Rouge. With Gilbert’s help, Freddie got Jackson Elias a pass to visit the front lines (and later, Archangel.) Freddie’s donations to Gilbert were put towards the abortive Paris Soviet in 1918.

Following the collapse of the Paris Soviet, Gilbert fled to the Soviet Union, where he was a Commissar attached to a Red Army battalion of French-speaking foreigners. Dismayed by the extremes of the Revolution, he journeyed to America, where he worked as a criminal, specializing in “cleaning” crime scenes; he was a favorite of the then-forming Murder, Inc. After a chance encounter with the supernatural, he went straight and began working for Blakeley. 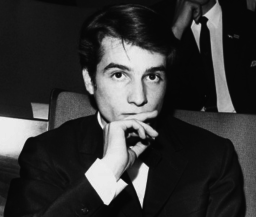