I’ll have you know that I spent most of the War in New York with a chap named Corky. He was a pal of my cousin Gussie, who was in with a lot of people down Washington Square way. I don’t know if I ever told you about it, but the reason why I left England right at that point was because I was sent over by my Aunt Agatha to try to stop young Gussie marrying a girl on the vaudeville stage, and I got the whole thing so mixed up that I decided that it would be a sound scheme for me to stop on in America for a bit instead of going back and having long cosy chats about the thing with aunt. Plus there was a whole thing with the war, which didn’t strike me as the least bit healthy, so I found a decent apartment, and settled down for a bit of exile. I’m bound to say that New York’s a topping place to be exiled in. Everybody was awfully good to me, and there seemed to be plenty of things going on, and I’m a wealthy bird, so everything was fine. Chappies introduced me to other chappies, and so on and so forth, and it wasn’t long before I knew squads of the right sort, some who rolled in dollars in houses up by the Park, and others who lived with the gas turned down mostly around Washington Square—artists and writers and so forth. Brainy coves. 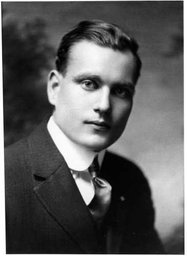